Within the moorings and ship berths, small boats and other vessels is the Punat Marina, one of the most famous and luxurious marinas on the Adriatic.It is the oldest marina in Croatia, founded in 1964. It is situated in a protected bay, that is particularly well sheltered from the wind.The marina has 800 quality berths situated on 11 waterfronts for boats of up to 45 metres in length and offers boats repairs and all other services as well as different additional facilities. About 100 vessels of up to 20 metres in length can be berthed on land and the dry marina has a 400 vessel capacity for boats of up to 10 metres.24-hour Boat surveillance is carried out in the Punat Marina. Every berth has water and electricity connection, WLAN.

The restaurant is situated in the centre of the marina, with a pizzeria and buffet close to the main reception, and an internet point can also be found here.The Marina has been awarded a number of important certifications and many times has been pronounced the best Croatian marina as it was in 2008 too.It has also successively been a winner of the blue flag since 1998.In almost every island village, tourist berths are offered as well as the possibility of renting different kind of vessels.

Why wouldn’t you want to see the seabed as well as sightseeing the island’s landscape?If you are used to diving, or you have perfected your diving skills in one of the island’s diving schools, we are pleased to offer you organized diving trips to the wrecked Greek ship Peltastis, close to Šilo, which made its last voyage in the 1860s.Apart from the Peltastis wreck close to Šilo, the seafloor of the island of Plavnik also conserves another wrecked sailing boat which most likely dates back to the period of Napoleonic rule.So, take a dive under the sea, amongst its secrets and encounter a completely different world…Today, diving is one of the most famous sea sports in Croatia. Many divers in the Adriatic are highly attracted by numerous captivating locations as the sea here is full of ancient boats, corals and other animal and plant species.The northern part of the Adriatic is visited a lot because of the shallower sea and richer vegetation.

During your stay on the island of Krk, you can, even as a beginner, learn the basics of correct diving, and the more experienced among you can visit attractive diving locations where they can see a number of old ship wrecks from days gone by, gardens of gorqonia, caves, steep rocks…

The island of Krk offers diving tours to 8 nearby islands, with 40 different diving locations which even for the most demanding divers promise unforgettable moments:

The island of Krk is full of natural beauties both above and below the sea. It is revealed by steep cliffs, almost completely without vegetation on the northern and north-eastern parts to the milder gentle green areas and bays on the southern and south-eastern parts of the island.

Even if the barrenness and inaccessibility of the north shore with its high and steep cliffs in itself provokes awe, the underwater are highly accessible diving locations available to all divering categories. 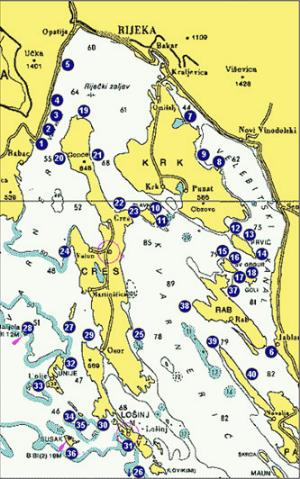 Most hiking trails on the island of Krk can also be used as bike trails. Our hectic lives and everyday stress make us appreciate active holidays more and more, cycling included. In addition to enriching the offer of recreational activities on Krk, cycling allows us to extend the tourist season.

To this end, we organise various events on Krk, among which Krk Bike Story – an event that offers a unique experience of the island through outdoor activities.

It is a completely new cycling experience for everyone: experienced riders and adrenaline seekers, active couples eager to discover the romantic side of the island of Krk and families keen on interactive experiences on two wheels.

In addition to Krk Bike Story, Krk Food Story & e-bike is another interesting programme that blends active holidays with gastronomy. Numerous restaurants, which can be easily reached by electric bicycles, participate in the programme.

The island of Krk has been developing sustainable and responsible tourism. It puts great emphasis on environmentally friendly tourism which is extremely important in branding the island as an eco-destination.

Apart from stretching along the coastline, i.e. the promenade we call lungomare, bike trails also pass along the busy roads of the island’s interior.

There is a bike trail along the reconstructed road from Krk to Malinska, separated by greenery. It stretches along the section from the turnoff for Valbiska to the entrance to the town of Krk. 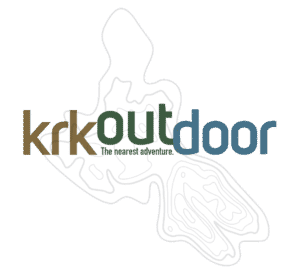 Walking trails are mostly lungomare trails perfect for relaxing walks along the coastline dotted with bays and coves, while hiking trails range from easy to more difficult ones.

The easy hiking trails are intended for a wide range of hiking lovers, and mostly intersect the beautiful island interior.

The difficult hiking trails are intended only for active hikers, who will appreciate the untouched nature and numerous lookouts.

The island of Krk boasts 500 kilometres of marked walking and hiking trails, which are turning into a new tourist attraction. They are especially alluring in spring and autumn when walking and hiking enthusiasts can experience the best of nature.

Hiking trails also stretch throughout the interior of the island, far from the busy roads and provide insight into cultural, historical, ethnographic and other island attractions. In addition to recreation, nature lovers are thus able to get to know the island’s history, culture and flora & fauna.

If you are a hiker, attracted by mountain peaks, be sure to head to Veli vrh (541 m) and the highest peak of the island – Obzova (568 m), which you can reach by marked trails from Punta and Draga Bašćanska. When you reach the top, enjoy the peace, tranquillity and unforgettable views.

Following the 200-metre long Glagolitic Path, from Gabonjin (near Dobrinj) to the Church of St. Peter, and the Baška Glagolitic Trail, you will relax and enrich your knowledge of the Glagolitic alphabet.

The 20-km long mountaineering bypass “Paths of Dobrinjština” with its eight checkpoints is definitely worth a visit. It winds through an area of ​​diverse plant communities and picturesque villages (starting from Šilo to Dobrinj and then descending back to Šilo).

Krk’s aquatorium is ideal for many sea sports, and has many of calm bays and of course hosts the best Adriatic marina Punat, and so many sailors find their place here. The island of Krk is host to numerous sailing competitions. Amongst these select:

There are several sailing clubs on the island of Krk :

In almost every village on the island guests have the possibility of renting a scooter, a bike, playing mini-golf, ping pong, beach-volley, basketball, handball, futsal and bocce which is the most famous game on the island.

This website uses cookies to improve your experience while you navigate through the website. Out of these, the cookies that are categorized as necessary are stored on your browser as they are essential for the working of basic functionalities of the website. We also use third-party cookies that help us analyze and understand how you use this website. These cookies will be stored in your browser only with your consent. You also have the option to opt-out of these cookies. But opting out of some of these cookies may affect your browsing experience.
SAVE & ACCEPT
Skip to content